I haven't been doing much quilting of late - just the minimum amount to maintain my sanity - or not quite! (should ask my children if they think I'm still sane).

I have been working on a new project, which a friend commented is not unlike a quilt. I did use that analogy myself to describe it - a website has many pages created in layers. If you know my quilting work, you'll know that these colours are amongst my favourites. Although I don't write about my family life here on piecemeal pieces, I'll give you a little snapshot into what I do when I'm not quilting..... 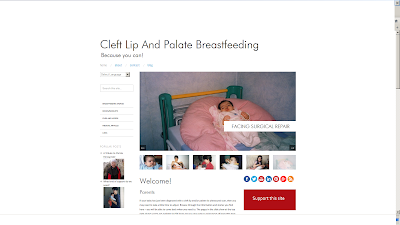 Miriam, my youngest, was born with a cleft lip and palate. I managed to breastfeed her with a lot of determination and luck, but I would like to make things simpler for other parents in the same boat. One new reader commented last night on Facebook "OMG where have you been!" - probably the nicest comment I have ever received.

Please share this with anyone who works in maternal and infant health or young parents.....one in 800 newborn children (approx. 7000 babies a year in the US) could use this information. You could also help by sharing on your own blog, or liking on any of the social media buttons on the homepage. 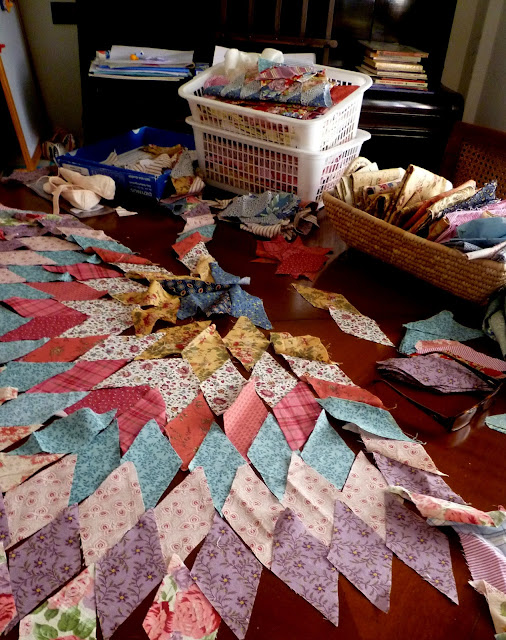 It's Mother's Day here in Italy and in Australia too, so I'm feeling doubly justified in taking over the dining table for a project that has been languishing in the cupboard for a little too long. It's looking a little crumpled  - but I won't iron it, when I piece it together, the weight of the fabrics will flatten it out. I need the table again on Friday, so I had better get a move on.
Posted by Alice at 10:40 AM 3 comments: 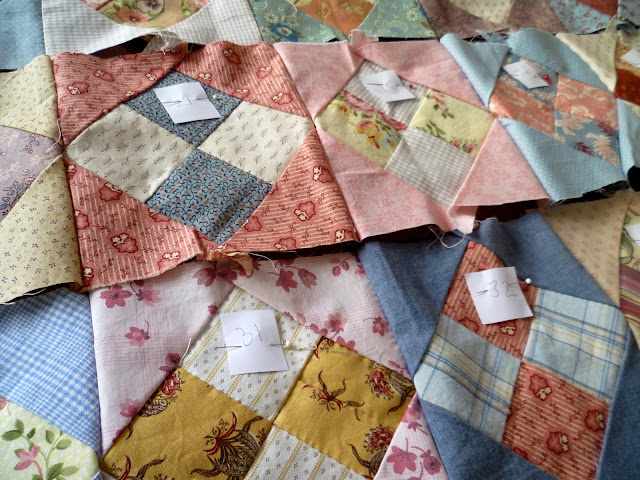 When my eyes are too tired for the quilting in the the previous post I hand piece this one.

It occured to me when I laid out all the blocks for this photograph that there must be miles of stitches in a quilt. That would be a long road to follow if we thought about it at the beginning, wouldn't it? But I don't!:)

I start with one block, then one block leads to another and I dont think about the magnitude of it all until I start piecing the blocks together. Suddenly those long seams seem interminable. And you?
Posted by Alice at 5:44 PM 2 comments: sampler, a photo by piecemeal pieces on Flickr.
I'm not really sure where I'm going with the quilting on this one. It's been partially quilted out of indecision and hesitation for many years now.

Now that I've settled on something for the sashing - of which there seems to be miles, I won't worry about the rest, I'll just stitch. The rest will work itself out along the way - I'm sure of it this time.
Posted by Alice at 4:36 PM 4 comments: 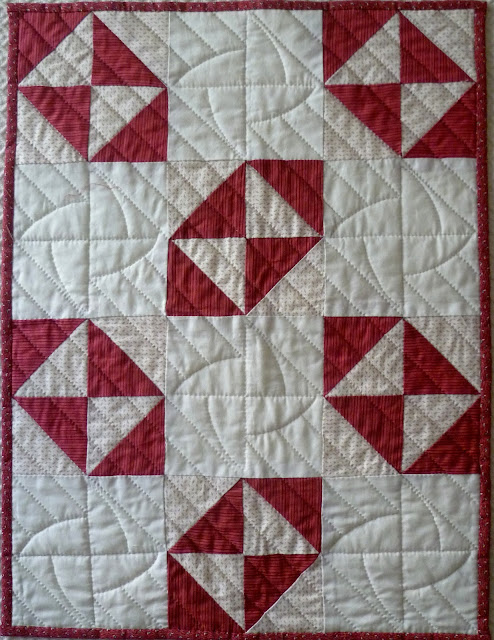 Unseasonal, but the first finish of the year and therefore worth posting and celebrating. I think I've mentioned before how this quilt had a mind of her own. The red triangles and the lights were cut separately for another quilt and only once they were discarded did they find themselves 'thrown together' on the cutting table, and something clicked. Once I began sewing them together the broken dishes block came to mind, more triangles were cut and without knowing where the quilt was headed I continued sewing.

The quilt was quietly confident, but I had my doubts all the way. I kept playing with the setting but in the end the blocks were set and then the quilting doubts began. I wanted the blocks to dance, and added the whirligigs to that effect, fretting about which direction they should turn, and then the lines - too fine, too plain? At the very end of the quilting I even thought of cross-hatching, tried and unpicked, thought of adding some extra lines in the whirligig because to 'fill' them up. I faltered over the binding - should I have used the same fabric as the blocks. 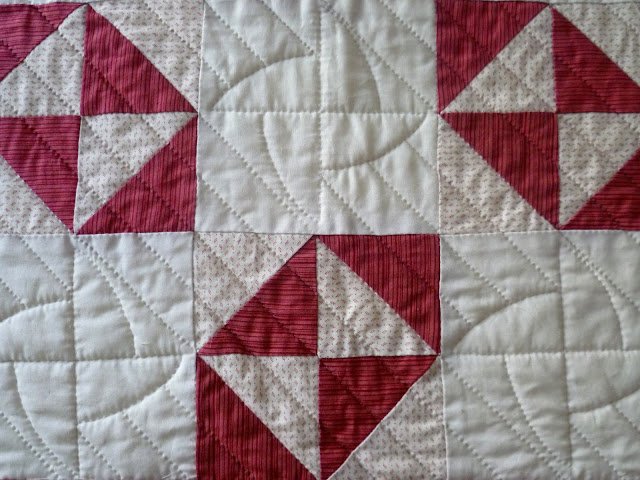 In the end, I've left it just the way it is. I love the way the whirligigs dance, the way the diagonals give a sense of movement, the empty spaces are just fine when you see the quilt as a whole. The binding makes it interesting, it's not quite a two colour quilt (in fact there's a third colour in there too).

An early Christmas quilt, or late, depending on how you look at it. This one's destined for my bedroom wall, for some holiday cheer all year round. 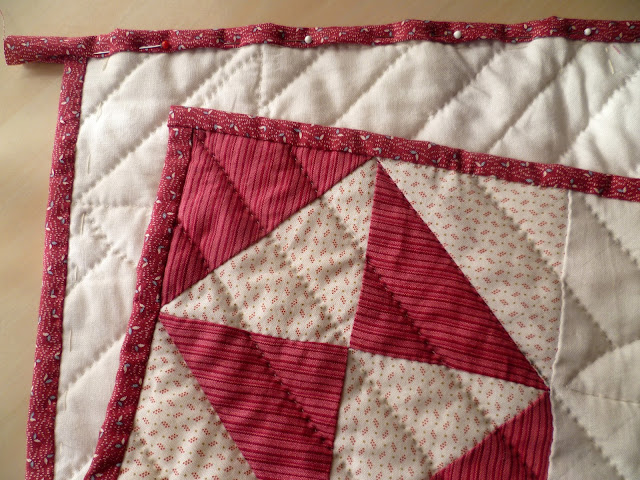 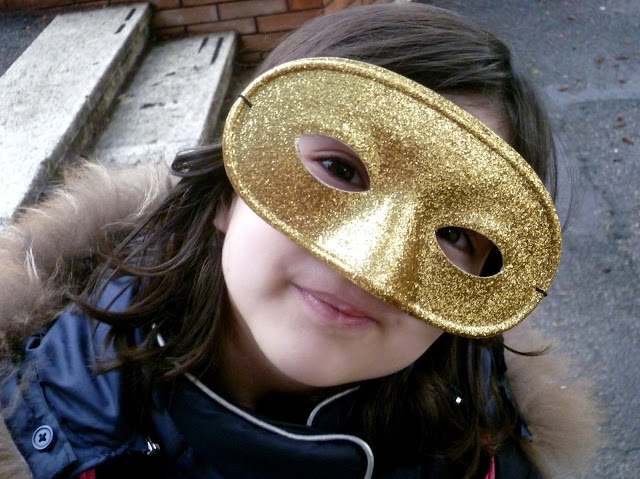 Alice
Welcome to my blog - please leave a comment - I love to hear what you think.